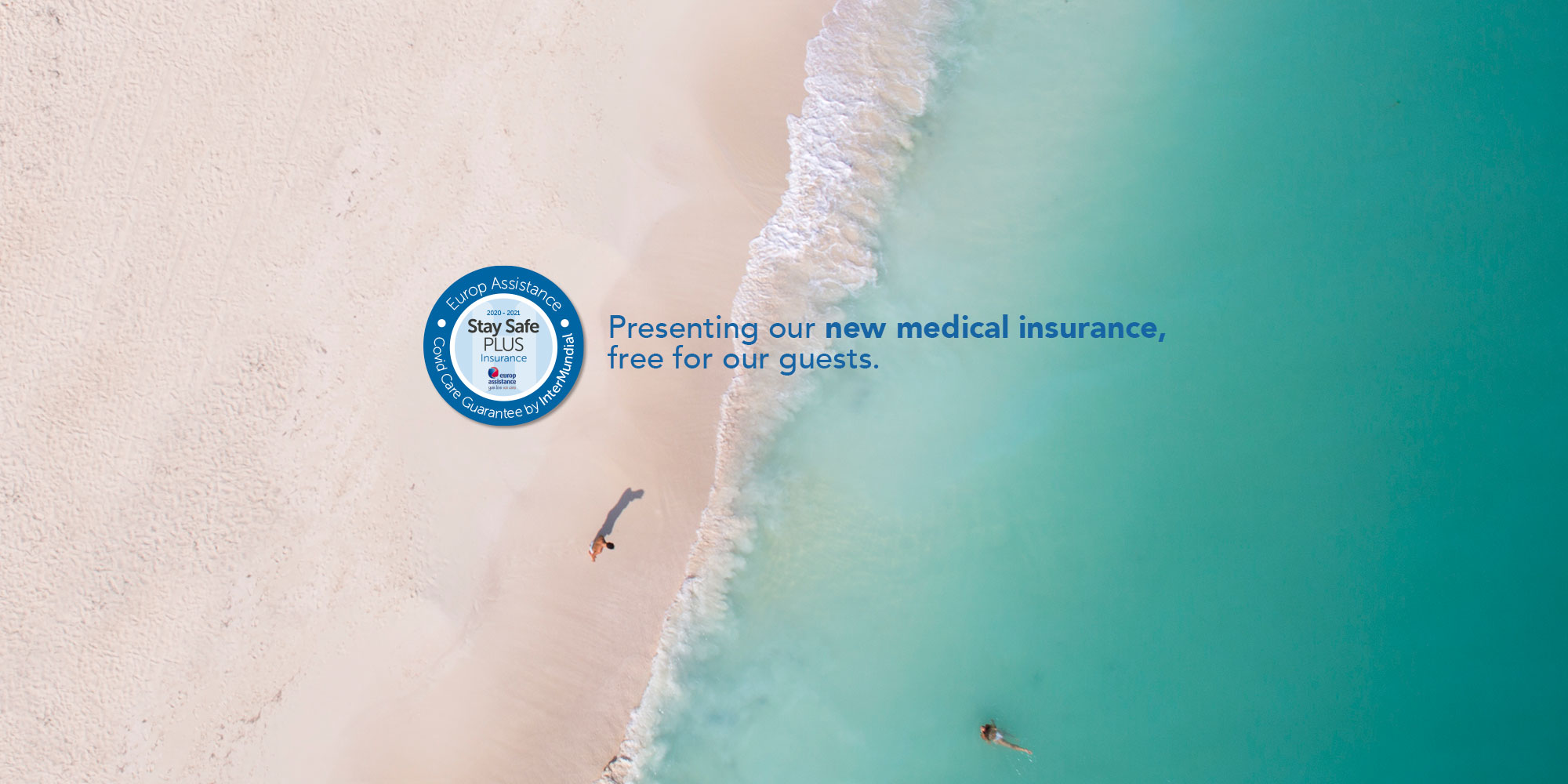 Travel with confidence. We have you covered.

When travelling with Palladium Hotel Group, guests will now be able to benefit from free health care insurance during their stay at selected hotels and resorts in Mexico, Dominican Republic & Hard Rock Hotel Tenerife (Spain).

Further reinforcing its commitment to guests’ wellness, the new health insurance will protect guests against any unforeseen circumstances, should they be diagnosed with COVID-19 during their stay. This industry-leading initiative to boost travel confidence is provided by Palladium Hotel Group, completely free of cost for a year, for all guests who book on palladiumhotelgroup.com, through a Preferred Travel Advisor, Tour Operator, or any other booking channel.

Guests will be automatically insured from the moment they arrive at any of our selected hotels until their check-out.

*Amounts are specified in Euros, which will be converted to local currency’s exchange rate of the date of the transaction.

In the commitment to ensuring the wellbeing and safety of guests, the new initiative has been launched in collaboration with the risk management company, Materh, which has advised Palladium Hotel Group to contract a policy designed by InterMundial with the support of Europe Assistance.

Book your vacation on palladiumhotelgroup.com or with your Preferred Travel Advisor. You will automatically receive free coverage for COVID-19 related expenses* as described above, from the moment you check-in. *Subject to terms and conditions.

Your safety is our highest priority at every step. If you are diagnosed with COVID-19 while you are staying at a selected Palladium property, we will cover your medical expenses up to EUR €100,000 and your quarantine costs up to EUR €75 per day for 10 days – absolutely free.

You will automatically be covered upon your arrival to the hotel. There are no registration forms to complete. Visit the Hotel’s Front Desk and our Staff will assist you. If you are diagnosed with COVID-19 during your stay, call the free hotline number to get support and to use your cover.

The new medical care insurance comes in addition to the development of strict Health & Safety Protocols certified by SGS, the world’s leading inspection, verification, testing, and certification company recognized as the global benchmark for quality and integrity. In addition, the hotel group has created the Palladium Hotel Group Global Customer Experience and Safety Council, which is composed of Chief Operating Officers, Commercial Directors, Quality Directors and Food & Beverage Directors of all company brands and hotels across all Palladium Hotel Group markets, as well as independent technical advisers.