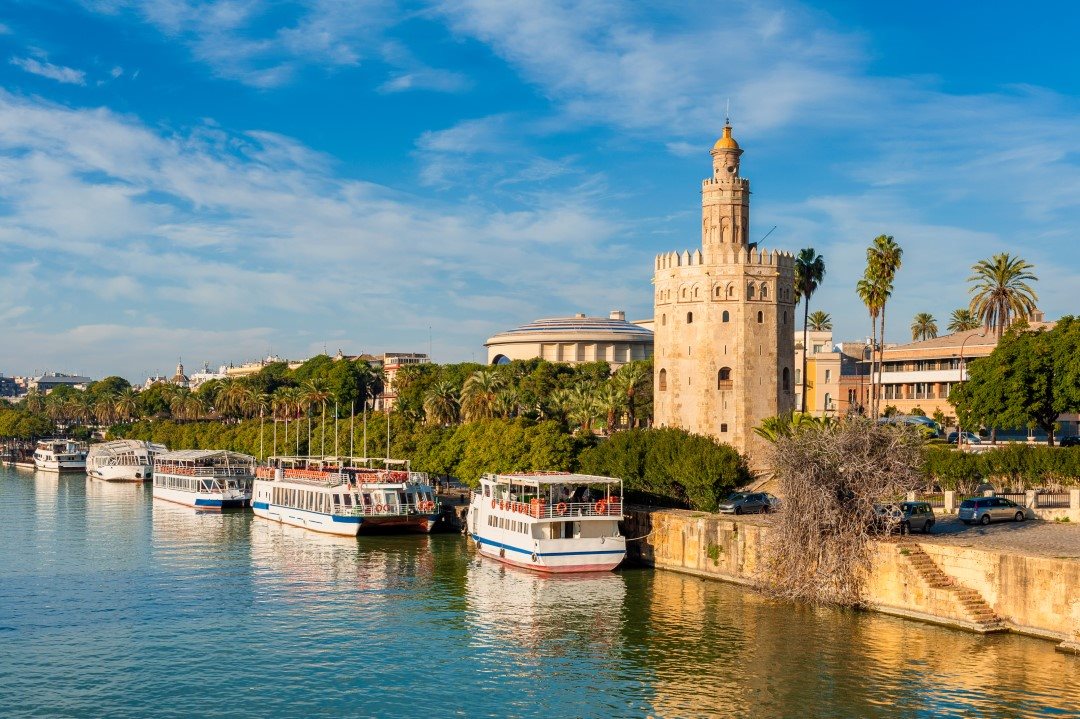 LUXURIATE IN OUR HOTEL IN SEVILLE

Our hotel in Seville

Welcome to our hotel in Seville, one of southern Europe's most beautiful cities and one of the richest in culture in Spain. Seville is the main city of Andalusia and the the 4th largest in Spain, where the town planning and architecture will surprise you by their unique character and the mix of styles and cultures that have lived here over the years. If you roam around the best-known streets from the hotel in Seville you will see that it is a city of contrasts, where diametrically opposed styles and cultures live in harmony, imbuing it with a special air that can be breathed in everywhere. The narrow streets are home to 15th and 16th-century palaces (Casa Palacio de la Condesa de Lebrija, Casa de Pilatos), first-class religious architecture (cathedral, church of El Salvador). fine civil architecture (Seville city hall, a gem from the Spanish Renaissance), together with traditional Mudéjar buildings like the Giralda and the Reales Alcázares. in contrast, there are modern constructions in the new Metropol Parasol, and the famous Alamillo bridge by the well-known Spanish architect, Santiago Calatrava.Furthermore, Seville has the best gastronomy in Andalusia, with a wide variety of catering services and places where you can wander around, such as the banks of the river Guadalquivir, the narrow streets of Triana, small squares in the former Jewish quarter (Santa Cruz district) and the magnificent gardens of María Luisa park and the very beautiful Plaza de España near to the hotels in Seville. In short, Seville offers tourists any number of things to do for a few days getting to know the essential part with their families, friends or as a couple, by discovering its delights during the daytime and finding out the main entertainment spots at night. All this can be done from the many excellent hotels in Seville and the surroundings.